Adapted from Russ’ new book: Loss and Discovery: What the Torah Can Teach Us about Leading Change.  more info]

My client was nervous. He was embarking on a strategic planning effort for his agency’s child abuse/neglect program. I asked about his anxieties. “Our staff are used to doing what they’ve always done, but we need to take a fresh look at how we do our work. I’ve got an idea about a new approach, but some of them may not like it.”

I asked about his idea. He said that they should focus more resources on prevention, rather than only work with children who’d already been abused or neglected. He cited statistics showing the benefits of a prevention-oriented program. I said that the numbers were impressive, but I doubted that most staff would be persuaded by data alone. “Could you tell me in a few words what the new direction is all about and why it’s needed?”

His eyes got wide and he leaned forward. “It’s like this. For years we’ve been going down to the river to pull struggling kids out of the water. But we need to go upstream and figure out how to prevent them from falling into the river in the first place.”

That was a powerful explanation: short, clear, easy to visualize. Stop the harm before it happens. After a few meetings, most of the staff welcomed the change and they started to make real gains as they went “upstream.”

Stories can build rapport. Say you’re listening to someone tell a story about her grandmother. What comes to your mind? If you grew up knowing a grandmother, you’ll probably think about her and start connecting with the storyteller. In addition, stories stick. People remember them. Memorable stories spread, as people repeat them to others. Perhaps one of the most useful benefits is that a compelling story helps people focus on one key idea, and not get lost in the details. That was the beauty of my client’s story. Here’s another example of focusing people’s attention:

On April 19, 1995, two men blew up the Alfred P. Murrah Federal Building in Oklahoma City. 168 were killed, hundreds more injured. It was horrific, a shock to the entire country. As prosecutors prepared their case they waded through thousands of pages of evidence. Merrick Garland, the chief prosecutor on the case (and later President Biden’s Attorney General) worried the jury would get lost in the thousands of pages of evidence his team could present to them. So, when he huddled with the attorneys who would argue the case in court, he gave them one simple message: “Do not bury the crime in the clutter!”

He told them to describe the families and children lost, the first responders who put their own lives at risk by rushing in to save others, the massive damage done. Present the bombers’ confession. Keep it simple, focus on the crime. Prosecutors followed his lead, telling a powerful, emotional, accurate story. The man who planned the attack received the death sentence; his accomplice is in prison with no possibility of parole.

Our brains are more receptive to stories than to numbers and statistics. I’m convinced that’s one reason why the Bible has been read by countless millions; it’s a collection of wonderful stories about human beings with great strengths and no shortage of flaws, people we can relate to. And stories help create meaning.

There are, of course, many people who are quite logical and need to make decisions based on hard data. That said, trial attorneys sometimes remind each other that “the person in court with the best story usually wins.” And when you think of superior speakers you’ve seen, or leaders you admired, chances are they excelled as story tellers.

Trial lawyers say, “The person in court with the best story usually wins.”

Finally, stories can provide compelling metaphors. I once heard a fundraiser tell this story about two bodies of water in Israel. 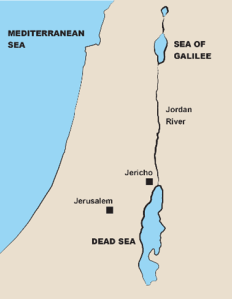 “Which kind of sea do you want to be?”

As you can guess, most of us quickly took out our checkbooks or credit cards!

Stories can touch our emotions and connect to our values. They help people imagine possibilities. The next time you’re trying to persuade someone to consider a new idea, try letting go of your left brain and identify a story that captures your message. If you don’t think you have a talent for this (many of us don’t), no problem. There are excellent books about the creative use of stories. One of the best is The Story Factor by Annette Simmons. She identifies six types of stories, how they connect to people, with numerous examples of each.

[To purchase this book] 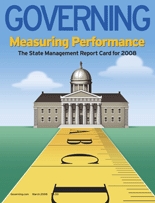